The people behind the scenes

He joined Euromoney as a graduate trainee journalist in 1996 and now leads a team of editors, reporters and researchers in London, New York and Hong Kong. He has worked extensively with organisations in the IP field such as INTA and MARQUES, and contributes "The James Nurton interview" to Alicante News each month. Outside of work, he plays cricket for Blackheath CC, enjoys walking and cycling in London, going to the theatre and travelling. He lives in Nunhead, south London, with his wife Rebecca and cat Agnes.
Treasurer - Alison Nurton

Alison attended Sherborne School for Girls before going on to graduate from Newcastle University with a 2:1 MSc  in Economics and Marketing. Alison started work as a commercial Financial Analyst.  In 2011 she founded and continues as a Director of Butterfly Bright Limited a specialist retailer of fabrics, haberdashery and yarn. She is currently an Associate with Dominic Brittain and Associates which uses their Cognitive Bias Test to measure both the individual biases of executives, and the biases they have when they work together as a team. This enables organisations to mitigate Cognitive Bias, Improving Business Decision Making, Business Planning/Analysis,Business Strategy, Financial Modelling/Analysis, Margin and Profit Management, Cost Cutting, Project Management.
Alison lives in Sherborne with her young family and has close contact with both Schools.

​After leaving Sherborne School in 1993, Nick studied Ancient & Modern History at Lady Margaret Hall,   Oxford before converting to law.  After some time teaching in China and New Zealand, he trained and qualified as a solicitor in 2002 at Slaughter and May where he worked for ten years, including a stint in Hong Kong.  He joined Pinsent Masons in 2010 where he is now a partner in the Banking & Restructuring group.

Angus Cater started Angus Cater Limited to be a vehicle for his various training activities outside his main job as Chairman and Managing Director of SFS Group Ltd, the specialist independent schools insurer.

Angus was educated at Sherborne and is a qualified accountant with an MA in Strategic Financial Management from Kingston University Business School.

He started his working life in the City where he qualified as a stockbroker before joining Debenhams Ltd on their graduate trainee scheme. In 1982 he started Caters International Ltd (CIL) to export furniture and furnishings to the Middle East. In the mid 80’s CIL started designing showhouses for building developers which grew rapidly. By 1989 the Company was turning over £1 million a year and had expanded into retail interior design and importing provencal fabrics from France. This all came to an end with the collapse of the housing market in 1990. Angus then moved to SFS Group Ltd where he became Managing Director in 1994 and Chairman in 2008. 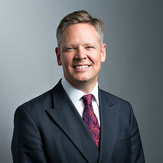 Rupert is a Chancery Commercial barrister practising from Wilberforce Chambers in Lincoln's Inn.  He was appointed as a QC in 2014, having in the previous year won 'Chancery Junior of the Year' at the Chambers Bar Awards, been identified as a 'Leader at the Bar' for Chancery Commercial work in Chambers Global, and been included in the Chambers 100: UK Bar list of the top junior barristers across all fields of practice.

He has a wide-ranging Chancery Commercial practice with a particular emphasis on work arising from commercial agreements relating to the transfer, development, financing and management of commercial property.  A significant proportion of that work involves allegations of fraud or negligence.  He is recommended by Chambers UK Bar as being a leader in the fields of Chancery Commercial, Real Estate litigation and Professional Negligence, and by Legal 500 in the fields of Property Litigation and Banking and Finance litigation.

He speaks French and Arabic, and much of his work is in international proceedings often with a Middle East dimension.

Rupert studied Modern History and French at Oxford (BA Hons, 1st Class with Distinction), Law at Cambridge (MA Hons, Double 1st Class) and at Harvard Law School (LLM).  He has been a trustee since 2001.

Founder and co-owner of Union, a boutique real estate advisory business set up in 2002 and based in Mayfair advising retail businesses with particular emphasis on London and the luxury retail sector.  Nick is also a director of the company behind The Whisky Shop, the UK's largest retailer of specialist whiskies.  Previously he was a Director of the international property consultancy, Jones Lang LaSalle.

Outside work, Nick is a keen sailor and also travels extensively.  He has lived in Richmond upon Thames for over 20 years.

Graham is an experienced IT professional and is currently the Head of Salesforce.com at the Financial Conduct Authority.

After leaving Sherborne School in 1998, he participated in the RANK Foundation Gap year programme in Fort William, Scotland, where his interest in youth work and informal education led to supporting multiple projects. On returning to London he then worked at Diageo for 10 years leading technology implementations at a global scale across commercial and marketing projects. Working to support Diageo’s portfolio of world famous drinks brands he delivered both internal and external facing multi-million pound projects across mobile, social, analytics and cloud solutions.

Trustee - James McKillop
​
​James left Sherborne School in 2001 and then spent a year in South Africa teaching at a mixed co-ed school near Port Elizabeth. After 4 very enjoyable years at UWE in Bristol, James now lives in London where he is a Partner at Knight Frank, specialising in prime residential and rural real estate in the South West and West Country. He works closely with the Sherborne, Exeter, Bath and Bristol offices overseeing all prime sales.

He became a member of the Royal Institute of Chartered Surveyors (MRICS) in 2009, managed the hockey side of things for the Sherborne Pilgrims for about 5 years and currently sits on the Old Shirburnian Society Executive Committee (OSS ExCo). Of late he has undertaken more small-scale personal fundraising activities, and this has led to a realisation that so much more can be done to help others. His relatively long standing role on the OSS ExCo and new role as a trustee with SITC will hopefully strengthen the links between them.

Outside of work, James is a keen sportsman, playing golf, cricket, hockey and enjoys triathlons and trail running.

Roger attended Sherborne School between 1965-69.  He took a BA in Business Studies at Brighton Polytechnic before starting a career in manufacturing industry during which he worked for Westland Aircraft, United Glass and Pilkington Plc in a variety of line management positions including Human Resources, Industrial Engineering, Production Planning and Procurement Logistics. In 1985 Roger returned to college to take an MBA at Cranfield Institute of Technology.  He joined Touche Ross Management Consultants in 1985 and in the same year he responded to a request in the Old Shirburnian magazine for volunteers to join the trustees of Sherborne Boys Club.  Since then Roger has been busy advising government departments and private sector organisations in many different parts of the world on how to make improvements to their organisation, processes and staffing.  Roger is a Chartered Fellow of the Chartered Institute of Personnel Development, a Fellow of The Royal Society of Arts and a Liveryman of the Vintners Company. Roger is currently serving as a Governor of Stepney Greencoats School located in Limehouse, Tower Hamlets.